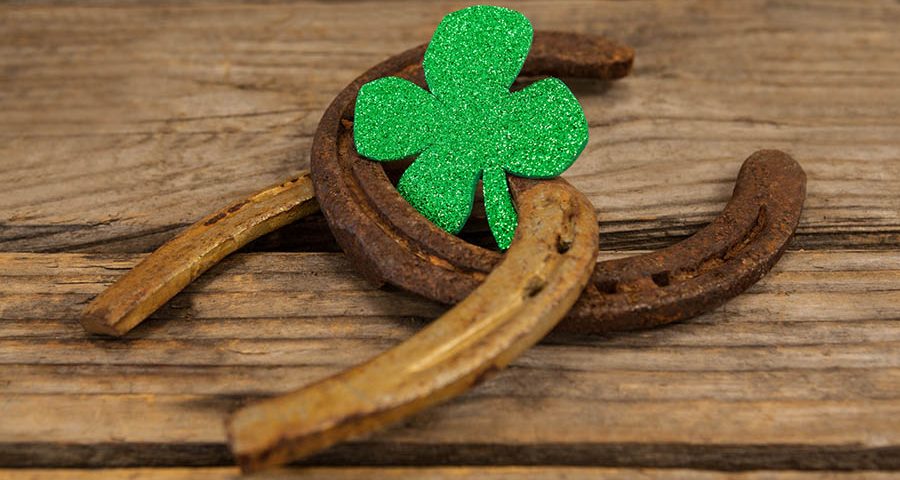 March is awesome. Not only is it the first month of spring, it’s also the time of year in which our favourite holiday takes place: St. Patrick’s Day!

Gosh, what don’t we love about this ever-so-green holiday? The beer and food are always a plus but above all, we find the boisterous spirit of the occasion to be irresistible.

We also consider the history of St. Patrick’s Day to be just as engaging as the modern festival itself. For instance:

The lad was actually Welsh and was born to Roman parents in the late 4th century. His association with Ireland was due to the fact that he was a missionary and bishop there later in life.

The Shamrock is there for a reason

That reason being the metaphorical significance of the three-leafed plant: its religious association with the Holy Trinity, which St. Patrick really dug while introducing Christianity to Irish communities.

On the contrary, he was born “Maewyn Succat” and only changed his name to Patricius upon becoming a priest. I suppose it’s a good thing he did because “St. Maewyn’s Day” doesn’t have the same ring to it.

It was originally a booze-free holiday

This is pretty hard to believe but prior to 1970 St. Pat’s Day was a religious holiday in Ireland. This meant that nary a pub was opened. This changed when the occasion was converted to a national holiday.

St. Patrick’s Day parades are popular in the U.S.

And they have been for many-a-century. The first one was held in New York in the 1760s.

Some parades are really short

As in “98 feet” short. Yup, a parade – if you can call it that – of this minuscule length is held in Hot Springs, Arkansas every year. However, Dripsey in County Cork can technically boast the shortest St. Patrick’s Day parade of all time. It was just 77 feet long and was the distance between two of its pubs, the Weigh Inn and the Lee Valley.

Even the water gets in on the festivities

Every year, the Chicago River is dyed green by the city’s Plumbers Local 110 union. The dye lasts for about five hours and makes the water pleasantly limey.

Instead, it was light blue, otherwise known as “St. Patrick’s Blue.” The rich green we know today was only introduced in the late 18th century after the Irish independence movement.

Sorry, corned beef doesn’t have any corn in it

This kinda bums us out but yeah, corned beef – part of the day’s staple corned beef and cabbage meal – is corn-free. On the other hand, the term refers to the grains of salt that were traditionally used to cure the beef, also called “corns.”

Leprechauns work hard for their gold

In Irish legends, leprechauns are notorious for fiercely protecting their gold. But they don’t do this because they’re senselessly greedy buggers: they work for it! They do so by building and fixing shoes day-in and day-out. Such hard work deserves to be rewarded.